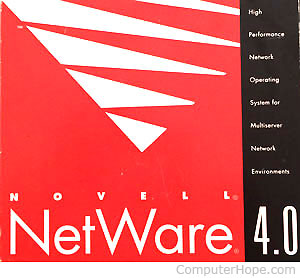 Derived from the two words NETwork and softWARE, NetWare is a network operating system first introduced in 1983 and produced by Novell. Novell NetWare was the first LAN software based on file server technology, running on both Ethernet and IBM Token Ring networks. NetWare can be used on various desktop operating systems, such as Microsoft Windows, DOS, IBM OS/2, and Unix.