Nitro Type is a free online game created by Austin Butler from Teaching.com that was first launched on September 8, 2011, and later released from beta in January 2012. Nitro Type helps make practicing to type on a keyboard fun by competing against other players over the Internet in real-time. In Nitro Type, you play as a race car that can only move when you correctly type the text displayed. Below is a video of a Nitro Type race and an example of how you compete against other players.

Upon completing a race, you are rewarded experience and Nitro Cash, depending on how well you do in the race (your place, WPM, and accuracy). The experience you gain levels your racer and allows you to earn unique season rewards. The Nitro Cash you earn allows you to purchase new cars, trails, stickers, and titles that you can customize in your garage.

In addition to racing to earn new loot and Nitro Cash, you can friend other racers and race against them, join a team, and complete achievements.

How to race in Nitro Type

When starting a Nitro Type race, you have a few seconds to get situated and use stickers to communicate with other racers. Once the race counts down and says "GO," you need to type the text exactly as shown in the bottom-center box. If you make a mistake while typing, a red indicator is shown. To correct the error, you do not need to press the Backspace key; instead, type the correct character. For example, if the word you needed to type was "Example" and you typed a lowercase "e," the "E" would be highlighted in red. To correct the problem, type an uppercase "E" and then continue with the rest of the word.

The number of words you type in each race is dependent on your WPM (words per minute) average.

While racing in Nitro Type, the racer can press Enter to use the one Nitro they're given each race. When Enter is pressed, the racer skips past the current word. The Nitro allows the racer to skip long words and complete races faster.

Why did I get a disqualification?

When racing, you may get disqualified if any of the following happen.

Below are tips you can follow when racing in Nitro Type.

For a complete list of how you can improve your typing everywhere, see: How can I improve my typing?

What is the garage?

Your garage stores your cars and other loot gained from racing in Nitro Type and is part of what's displayed in your profile (example profile). From your garage, click the "Customize Cars & Loot" button to choose what car to use, paint the car a different color, choose a trail, select your stickers, and change your title. 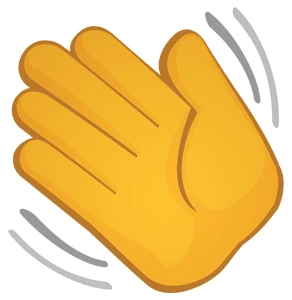 Because there's no method of chatting in Nitro Type, stickers offer a method of communication before a race starts. For example, the "Hey!" sticker is of a waving hand and if equipped, could be used to wave to other players. You can equip up to eight stickers from your garage for use by pressing the numbers 1 through 8 on the keyboard.

What is a session?

A session is the number of races a player does without stopping for more than 30 minutes.

Can I run out of space in the garage?

No. As you get more cars, the available spaces in your garage grow.

What is Nitro Cash?

Nitro Cash is the digital currency used in Nitro Type. Nitro Cash is earned by racing other players, season rewards, and team rewards offered by teammates. With this cash, you can buy featured and daily items posted in the shop and trade with other players.

What is the most cash a racer can have?

What are the Nitro Cash limits?

If you're a Nitro Type influencer or post content about Nitro Type on a social media site, like YouTube, you can make a support request to remove these limits to help with big competitions.

What are bots in Nitro Type?

While racing in Nitro Type, you race against real players and bots (NPCs). These bots are part of Nitro Type and appear if no real players join the race and compete at a speed close to your average WPM. A bot can be distinguished from a real player by looking at the racer's titles in the race result. Each bot (other than The Wampus) has the title "Nitro Type Bot."

What is The Wampus?

The Wampus is a bot that randomly appears and gives you $50,000 Nitro Cash if you beat him in a race.

The Wampus is random and cannot be spawned or join friend games.

What are the names of the other bots?

Seasons replaced Events in 2019 and are competitions that occur for one to four months that reward racers with unique cars, cash, stickers, trails, and titles. Once a new season starts, each racer is reset to level 0 (zero) and gains a reward with each level increase. Once the maximum season level is reached, you enter an infinity tier where you continue to gain levels and get $100,000 Nitro Cash each level until the next season.

You cannot buy cars or other awards from previous seasons.

To rank racers and teams, points are awarded to each racer after each race. The number of points is based on the following algorithm that uses the racer's WPM and accuracy for each race.

Using the following JavaScript Nitro Type point calculator, you can determine how many points you could earn based on your WPM (words per minute) and accuracy. If you plan to do several races, you can also increase the default "1" Races value.

How can I earn more points in Nitro Type?

To earn more points, race as many games as possible and work on improving your WPM and your accuracy. The higher WPM and accuracy you get for each race, the more points you earn for yourself and your team.

What are friends and teams?

While playing Nitro Type, you can make friends with other racers by sending them friend requests. If accepted, your friends are shown in the Friends section allowing you to race against any online friend.

If you don't want friend requests, you can ignore all requests in the "My Settings" section.

To remove a friend, click the red boxes with the white X next to each friend in the Friends section. 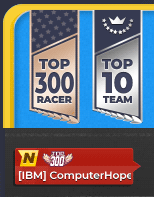 Anyone can create a team on Nitro Type for $50,000 Nitro Cash. Teams allow up to 50 racers to a group and compete against other teams to get the most points in seven days. If your team gets enough points, they can appear on Top Teams (top 100 teams). If your team reaches the top 50, all team members are given a Top 50 Team champion symbol. If your team reaches the top 10, you're shown as a Top 10 Team (shown in the picture). The number 1, 2, and 3 team position members are also shown as a Top 1, 2, and 3 Team.

It's incredibly competitive for teams to get a Top 100 position, especially the coveted Top 10 positions. If you've formed a team and want a higher position, look at how many races a competitor has done in the Last 24 Hours. For example, if the team in position 100 raced 709 races in the past 24 hours, your team needs 709 races every day to rank in the Top 100. 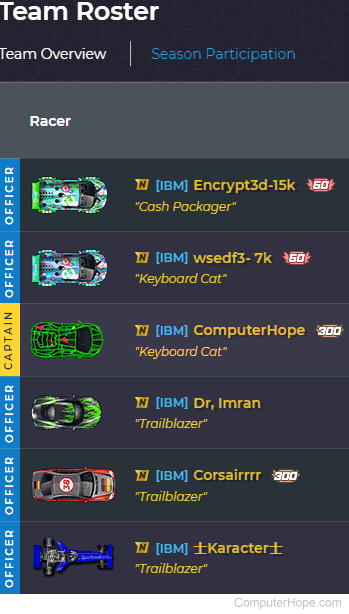 The person who creates the team is the team captain. They are in charge of the team and have complete control over the team. To help with the team's responsibilities, the captain can assign up to five other teammates as an officer. The officer can create a new MotD, invite others to the team, and accept anyone who applies for the team.

How to communicate as a team

The (MotD) "Message of the Day" feature is used to communicate as a team in Nitro Type. The captain and officers update the MotD. All other team members can only interact with the MotD using the provided stickers.

Because of the limited communication methods, many teams create a Discord server. For help with this, see: How to create or delete a Discord chat server.

How to disband or transfer a Nitro Type team

The people behind Nitro Type rarely maintain inactive teams, which means an inactive team can remain on Nitro Type for years or until the captain leaves the game. If you want to leave your team and join another team, you can disband the team. When you disband, the team is deleted.

You cannot transfer your team to another Nitro Type player. It is also not possible to change the team captain.

How can I join a team?

Any team that sent you an invite appears in the Team section. You can also view the Nitro Type Top Teams to see the top 100 teams on Nitro Type and select a team to join. If a team's enrollment is "Open" and you meet the requirements, you can click the "Join This Team" red button to join the team immediately. However, if the team has an "Apply" enrollment, you must click the "Apply to Join" button and wait to be accepted or rejected.

If you keep getting team requests but don't want to join any team, you can disable looking for a team in "My Settings."

What is Gold Membership?

You can identify other gold members by their gold nameplates shown during a race. If you have a Gold Membership, it appears red to you to help distinguish your racer from others.

Some players purchase, sell, and trade Nitro Type accounts with lots of races. However, because of cheating, the values of many accounts have fallen because it's easy to create new accounts with 30-50 thousand races by cheating.

Older accounts with unique cars can still be worth a lot to some people.

Unfortunately, like most online competitive games, some players cheat; Nitro Type is no different. Players on Nitro Type cheat by account sharing, botting, sandbagging, and creating macros. Nitro Type bans users detected as cheating and has CAPTCHA's to help prevent some botting. However, when looking at the top racers racing 24/7 with hundreds of thousands of races, it becomes apparent that some cheaters continue to cheat.

Nitro Type does not accept support requests of people cheating and instead relies on its anti-cheat system to detect and ban cheaters.