PIN may refer to any of the following:

1. Short for personal identification number, a PIN is a set of personal numbers used to prove identification. It is often used with automated bank teller machines, telephone calling cards, and Wireless networks. Below is an example of Microsoft Windows asking for a PIN when connecting to a Wi-Fi network. 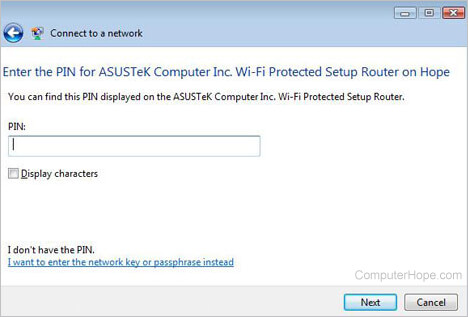 If you are trying to access your wireless network and don't know a PIN, select the option to use your network key or passphrase.

To pin a shortcut to the Taskbar or Start:

You can also drag the icon to the Taskbar until it looks like the picture.

With the introduction of Windows 8, pin is also expanded to mean any object in a UI (User Interface). For example, in Windows 8, you can also pin tiles. Windows 8 also introduced a PIN login, allowing users to log into their computer using a four-digit pin.

The location where programs or objects are pinned in Windows is sometimes called the pinned area.

3. With ChromeOS and Chromebooks, pinning is a term that describes the action of adding an app icon permanently to the shelf.

4. On the social networking platform Pinterest, a pin is a saved picture or website you enjoyed that's saved to your Pinterest profile. Once pinned, others can view all your saved pins, make comments, or pin anything they like to their profile. 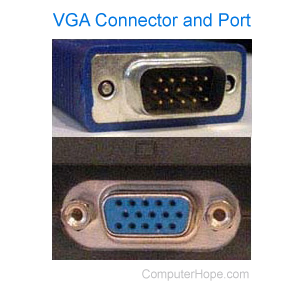 5. A pin also describes the short and usually thin piece of metal found on the end of a male cable. For example, the picture shows the end of a VGA connector with pins (top image) that connects to the female connector (bottom image) on the computer.

6. The term pin describes the small metal extrusions on the bottom of a CPU or IC. These pins connect the CPU to a socket or circuit board. Pictured is a close-up of a CPU, showing how pins on the CPU may become bent. If the pins are bent, the CPU may not function. 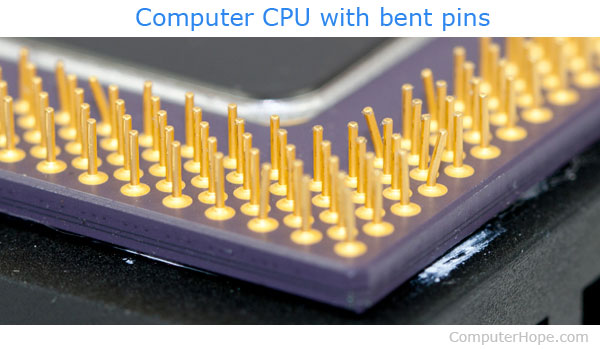 7. In an Internet browser, such as Chrome and Firefox, a pin refers to making a tab smaller and permanent on a browser tab bar. Mozilla Firefox refers to these as App tabs. The picture shows an example of a pinned tab, which is YouTube, next to a Computer Hope tab. When a tab is pinned, you'll only see the favicon.