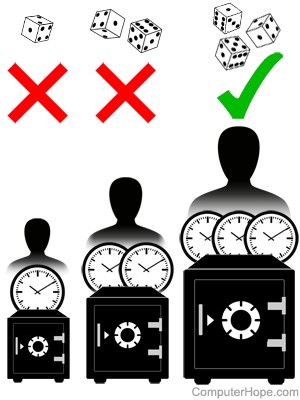 PoS algorithms use randomization to create fairness in the block selection process. Without randomness, the system would not be decentralized at all, because the largest stakeholders would act like a centralized bank.

Each PoS algorithm may use its own combination of pseudorandomness and stake to select which account will forge the next block. For example, Nxt cryptocurrency considers each token held in an account to be a unit of chance that the account will be selected. So, an account with two tokens will be twice as likely to be selected as an account with one token. To prevent fraud, the tokens must be held in the account for a minimum amount of time before they can contribute to the selection chance.

By contrast, Peercoin cryptocurrency uses a concept of "coin age," where stake is affected by the amount of time a coin is held in the account. When the account is selected for block creation, that coin age is expended, and the account must begin accruing coin age again from that point in time.