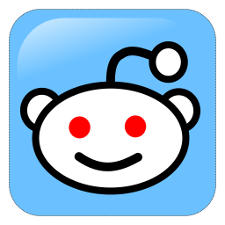 Reddit is a website where a community of registered users (redditors) submits content. Its format resembles a traditional bulletin board system, allowing users to post messages and links to other websites and comment on each other's posts. Entries are ranked by a voting system; other users can vote comments and posts either up (upvoted) or down. Users who post and comment receive "karma" for upvotes and lose karma for downvotes.

Reddit was founded by Alexis Ohanian and Steve Huffman and launched on June 23, 2005. The site was later purchased by the Conde Nast corporation the following year. It is headquartered in San Francisco, and as of 2014 it has over 170 million registered users.

A subreddit is a sub board created by another Redditor that can be about almost any topic of interest. For example, below is a few of the popular computer-related subreddits on Reddit in alphabetical order.