RIP may refer to any of the following: 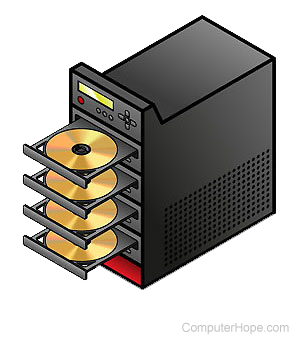 2. Short for Routing Information Protocol, RIP is a routing protocol (RFC 1058) utilized by computers and other network devices (e.g., routers). It is used to broadcast known addresses for networking devices to learn available routes. The algorithm used in RIP was first developed in 1969 and used to route information in ARPANET. If compatible, many networks have upgraded from RIP to OSPF or another more current routing protocol.

3. Short for ripping, rip is extracting data from a CD or DVD, and storing it on the computer or another disc.

What is the difference between ripping and burning?

4. RIP is a term sometimes used to make fun of someone or put them in their place. It can also be used in chat as a way as saying that's unfortunate.