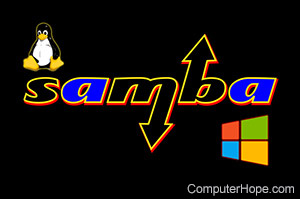 Samba is an open source program that allows end-users utilizing SMB/CIFS clients to access files, printers and other commonly shared network resources. Samba is commonly used on Linux computers, allowing the network shares to be accessed by other computers, such as those running Microsoft Windows.