Save As is a function, similar to the save, which lets you specify the name and location of the file you are saving. This option is chosen when you want to change the name of the file or make a duplicate.

If the file was never saved before, the Save As window is shown the first time the file is saved. 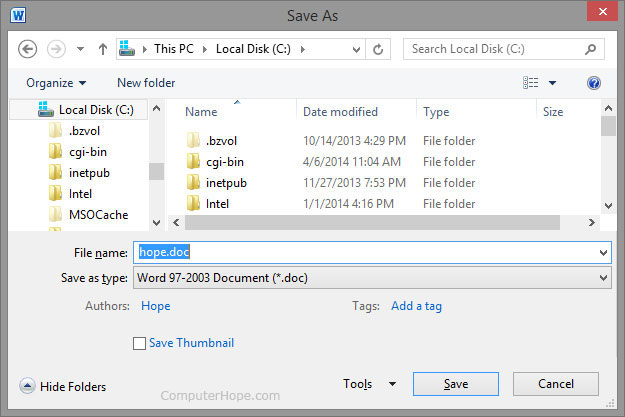 What is the shortcut key for Save As?

Unlike the save shortcut key (Ctrl+S), there is no universal shortcut Save As option. However, nearly all Windows-based programs allow you to Save As using two quick key combinations:

Some programs may use a different keyboard shortcut than mentioned above. Open the program's file menu and check the letter in the phrase "Save As" that is underlined. That underlined letter denotes the shortcut key to use for invoking the Save As function.

The following shortcuts work in many programs, but not all.