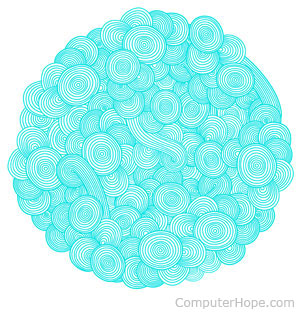 Spaghetti code is slang used to describe source code that's difficult for a human to read or follow because of how the original programmer wrote it. Below are examples of what can cause spaghetti code.

Spaghetti code is considered bad practice because if errors are experienced, it is more difficult to locate what is causing the error. Spaghetti code can be reduced by keeping your code organized, formatted properly, commenting, using subroutines, and if possible breaking your code into sections.