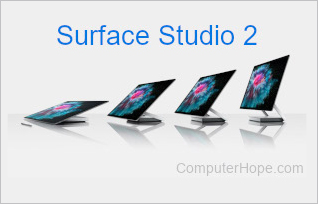 The Surface Studio is marketed towards professional users with its powerful hardware and versatility. Consequently, it is sold at a higher price than the other Microsoft Surface products.

The Surface Studio 2, released in October 2018, includes the following hardware: