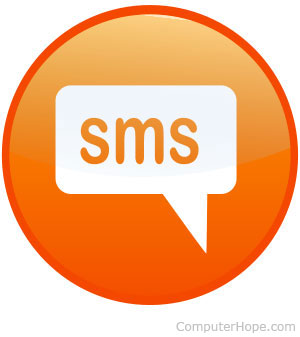 Alternatively referred to as SMS messaging, text messaging is sending a digital note that is received on cell phones or other portable devices.

How do I send a text message?

It's also possible to send a text message from a computer or e-mail to a phone. See: How to send free text or SMS messages online or from a computer.

How much does it cost?

You can avoid service provider charges using an alternative messaging platform like Facebook Messenger while connected to Wi-Fi. If you're not connected to Wi-Fi, you'll be using your phone's data plan when using any Internet service.

When was the first text message sent?

The first SMS message was sent by Neil Papworth on December 3rd of 1992. The 22-year-old engineer used his personal computer to send "Merry Christmas" via the Vodafone network to the phone of Richard Jarvis.