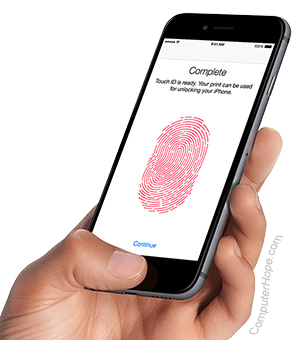 In 2017, with the launch of the iPhone X, the Touch ID feature was removed and replaced by Face ID as the home button no longer exited.

Touch ID can be used for unlocking an iPhone or iPad in place of a four-digit PIN. It can also substitute an Apple password when purchasing apps from the App Store or making in-app purchases. Apple also integrated this feature into Apple Pay, allowing users to access their credit card information using Touch ID.

To set up and use Touch ID on your iPhone or iPad, follow the steps below.