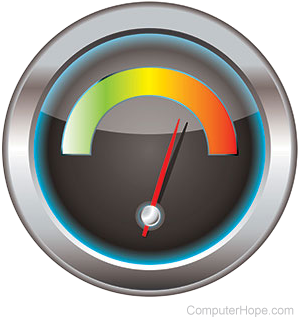 A CPU transfer speed is determined by its clock speed.