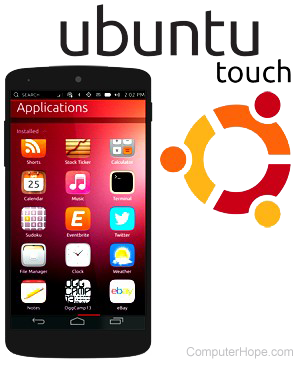 Released on January 2, 2013, and alternatively known as Ubuntu Phone, Ubuntu Touch is a version of the Ubuntu operating system designed for mobile devices, such as smartphones and tablets. Unlike other popular operating systems, including iOS and Android, Ubuntu Touch does not feature a lock screen and instead allows security features to be customized on each application. Other Ubuntu Touch features include multitasking and support for desktop computer programs.

Since April 5, 2017, Ubuntu Touch is maintained by the UBPorts project. It is available as a free download for supported devices. Installation instructions are available on the official Ubuntu touch website.