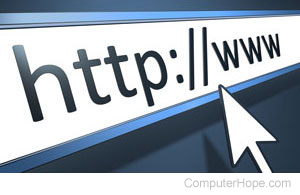 Sometimes abbreviated as UA, the user agent is a browser text string that is given to each website you visit. UA's contain information such as the browser version, compatibility, operating system, and any modifying plugins. Using this data, a website can assess the capabilities of your computer, optimizing a page's performance and display.

Mozilla/4.0 is used for historical reasons as stated by Microsoft, not to be confused with the variants of Mozilla browsers, such as Firefox. Next, is the actual Microsoft Internet Explorer version, compatible; MSIE 6.0;, which indicates this user has Internet Explorer 6.0. Next, Windows NT 5.1; SV1; is a description of the operating system. Here, it's Microsoft Windows XP with Service Pack 1. Finally, .NET CLR 1.1.4322 is the .NET framework.

A user agent string with Internet explorer can have multiple .NET versions.

In this second example, the user agent is on a Linux variant. The first thing noticeably different about this user agent is the X11;, which is a variant of X Windows. Next U; is the encryption level, which is short for USA, an indication of strong encryption. In the past, different encryption versions had to be released for specific parts of the world because of laws in the United States. Next, i686; and Fedora/2.0.0.13-1.fc8 describes the platform and OS. After that, en-US; is the language and location of the browser (English and US respectively). Finally, Firefox/2.0.0.13 is the browser and its version.

Below is additional information about each of the different versions of Microsoft Windows and their corresponding user agent string codes.

Windows 11 is not detectable using the user agent string. Microsoft and other browser developers stopped updating this information with Windows 10. Instead, Microsoft suggests using Client Hints.

How to get this information

There are a few ways to access user agent information. For example, the button at the beginning of this page uses JavaScript to display your user agent string. However, if you want to gather the information or manipulate the data, it would be better to use a server-side scripting language, such as Perl. Below is an example using Perl scripting.