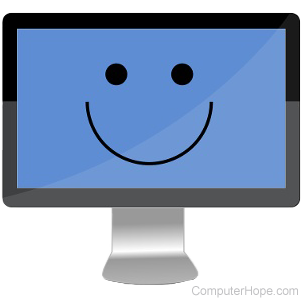 The term user-friendly describes computer software, hardware, or a service designed to make the user's life easier. We like to think of Computer Hope as a user-friendly website. Anything difficult or frustrating for the user to use is not considered user-friendly.

How have computers become more user-friendly?

With these easier-to-use input devices, now even an infant can navigate and use a computing device like a tablet.

When computers were first introduced, they were the size of a room and required multiple people to operate. Today, we can carry around a computer (smartphone) in our pocket. By having a computer that you can carry around, it's more user-friendly because you can use it wherever and whenever you want.