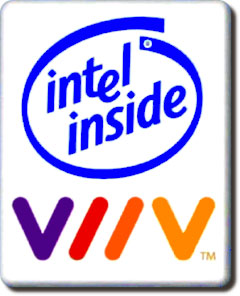 An Intel platform that was first released on January 15, 2006, to help introduce additional support for multimedia. The Viiv has features like: immediate power on and off function; remote control operation; dual-core processor; advanced graphics and sound capabilities; ability for a TV tuner card, allowing the device to pause, record, and rewind. Intel last revised this platform in 2008 with its release of 1.7 and announced it had no further plans of development.