Alternatively referred to as speech recognition, voice recognition is a computer software program or hardware device with the ability to decode the human voice. Voice recognition is commonly used to operate a device, perform commands, or write without having to use a keyboard, mouse, or press any buttons. Today, this is done on a computer with ASR (automatic speech recognition) software programs. Many ASR programs require the user to "train" the ASR program to recognize their voice so that it can more accurately convert the speech to text. For example, you could say "open Internet" and the computer would open the Internet browser.

The first ASR device was used in 1952 and recognized single digits spoken by a user (it was not computer driven). Today, ASR programs are used in many industries, including healthcare, military (e.g., F-16 fighter jets), telecommunications, and personal computing (i.e., hands-free computing).

When using voice recognition to control actions on your computer or type for you, it's a type of input known as voice input.

What does voice recognition require? 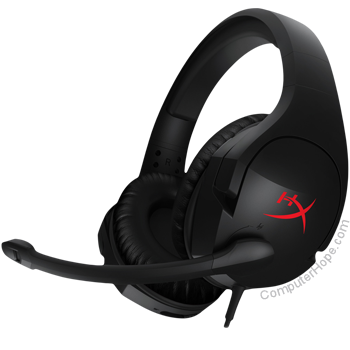 For voice recognition to work, you must have a computer with a sound card and either a microphone or a headset. Other devices like smart phones have all of the necessary hardware built into the device. Also, the software you use needs voice recognition support, or if you want to use voice recognition everywhere, you need a program like Nuance Naturally Speaking to be installed.

If you are using Microsoft Windows Vista, 7, 8, or 10, you can also use the included Windows Speech Recognition program.

Although speech recognition can be done using any microphone, you get better results if you use a headset.

Examples of where you might have used voice recognition