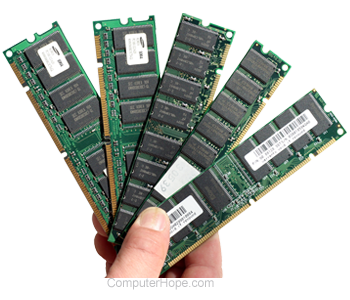 When you are working on a document, it is kept in RAM. If the computer you're using is disconnected from power, your work is lost because it was not stored in permanent (non-volatile) memory. For this reason, we recommend saving your documents or other data to a non-volatile storage medium, such as a hard drive, SSD, or USB stick.

Volatile memory is also sometimes referred to as temporary storage.

Why do computers have volatile memory?