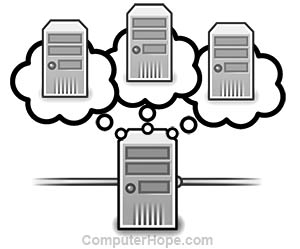 A VPS, also known as a virtual private server, is a server running on a virtualized operating system with other virtual servers. Each server is unaware of the others, but they all share the same system resources, such as CPU, disks, and network bandwidth.

Virtual private servers are often operated by Internet hosting services. Users can lease servers which are "virtually private" — nothing else shares the operating system. Usually, greater resources can be allocated to the server for an additional cost.

The host which operates the VPS service benefits using fewer machines, and by managing the virtual servers at a high level using a hypervisor. For instance, server creation and removal can be automated, making it trivial to activate (or deactivate) hundreds or thousands of servers at once.