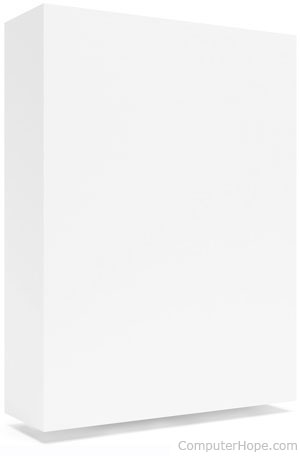 A white box may refer to any of the following:

1. When referring to testing, a white box, also known as a clear box or glass box, refers to software used to measure the internal behaviors of a currently running program. White box was developed in the early 1970s. The white box user must have an understanding of the design of the program. A black box is required for a complete test.

2. When referring to computer hardware, white box refers to packaging that only contains the hardware, with limited or no software or documentation. A white box product is commonly cheaper than the standard product purchased from a retailer and is commonly only made available to an OEM or a bulk purchaser.

3. A white box computer is a generic PC that is only using of off the shelf computer components. Instead of an OEM computer that may have proprietary hardware.