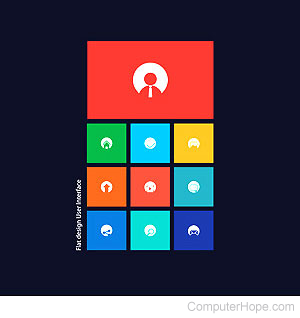 WIMP is not a synonym for a GUI. WIMP describes a type of GUI and GUI's such as Android and iOS do not use a WIMP type of interaction.

Today, computer operating systems such as Microsoft Windows and Apple macOS are interacted with using WIMP. For example, in Microsoft Windows each of the programs are opened on the computer by double-clicking an icon with your mouse pointer. Once a program is opened (like your browser window), it is contained within a window. In the open program, the programs features are accessed through menus.