Code-named Vienna and Blackcomb, Windows 7 is an operating system and the successor to Windows Vista. It was officially released by Microsoft to the public on October 22, 2009. Below is an image of the Windows 7 desktop. 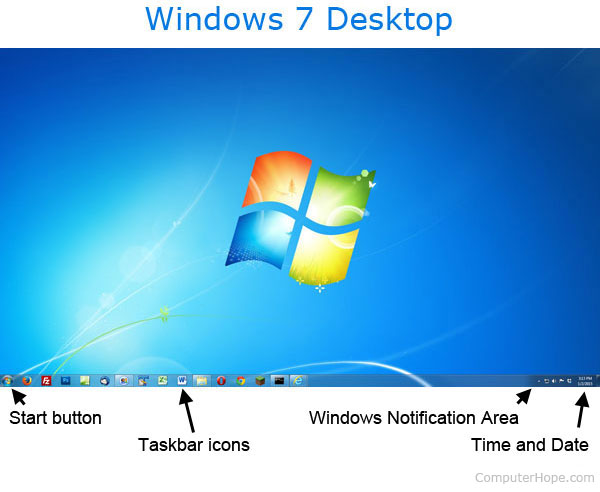 Some of the new features introduced in Windows 7 include the following:

What Windows came before Windows 7?

For the end user, Windows Vista came before Windows 7.

What version of Windows came after Windows 7?

For the end user, Microsoft Windows 8 came after Windows 7.