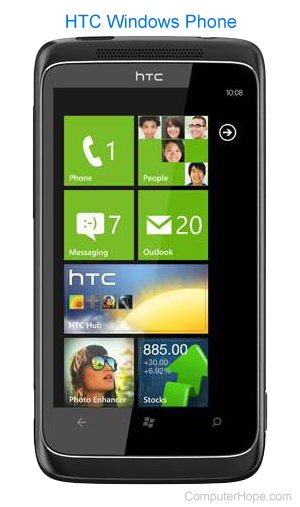 Windows Phone was designed to replace the Windows Mobile family of mobile operating systems. It was first released in Europe, Singapore, Australia, New Zealand, the United States, Canada, and Mexico in 2010 and Asia in 2011. The first Windows Phones were made by HTC, Dell, Samsung, and LG. The first consumer device sales took place on October 21, 2010.

On July 11, 2017, Microsoft announced the immediate end of support for the Windows Phone. Windows Phones may still operate but are no longer eligible for software or security updates from Microsoft.