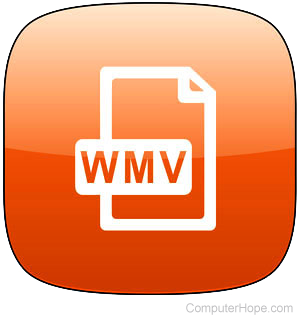 Short for Windows Media Video, WMV is a compressed video file format developed by Microsoft. It supports multiple video codecs for streaming of video on the Internet. The file extension of WMV files is .WMV.

First released in 1999 as a competitor of the RealVideo format, WMV files are now playable on several media player applications. Other video files that use the WMV codec include AVI and Matroska.