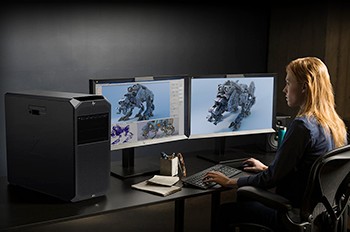 A workstation refers to an individual computer, or group of computers, used by a single user to perform work.

For example, a "workstation" may be an average-powered computer connected to a larger network. It can also refer to a powerful computer intended for serious academic or professional computation.

In the sentence "At Pixar, the workstations are all Intel-based," the term "workstations" refers to powerful 3D modeling and animation computers. It would not refer to computers in Pixar's render farm. Although render farm computers are extremely powerful, they are not intended for a human to use directly or individually.

The Xerox Alto, introduced in 1974 and considered to be the first workstation.