WPA may refer to any of the following: 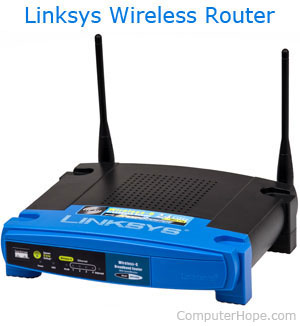 1. Short for Wi-Fi Protected Access, WPA is an improved data encryption standard. It was first introduced with the 802.11i wireless standard in 2003 that helps reduce the security vulnerabilities in WEP. For wireless computer networks, WPA2 (Wi-Fi Protected Access II) provides security and encryption for data transmissions and general computer connectivity. It is a more secure replacement for the original WPA. WPA2 was made available in 2004 and all network devices from 2006 and on are required to be WPA2 certified. Devices before 2006 may or may not be compatible with WPA2.

Despite providing more advanced security and encryption protocols, WPA2 still has one major flaw. The Wi-Fi Protected Setup feature makes it possible to bypass WPA2, which essentially breaks the security in many cases. However, WPA2 security is still stronger than WEP or WPA, allowing for 256-bit encryption using a security key of 64 hexadecimal digits or a passphrase of up to 63 ASCII characters.

2. Short for Windows Product Activation, WPA is Microsoft's method of authenticating the Microsoft Windows user is the authorized owner of the Windows on their computer to prevent piracy. WPA was first used with the introduction of the Microsoft Windows XP operating system. When Windows XP is installed, it must authenticate with Microsoft by transmitting hardware information about the computer and get a unique key assigned to that computer. Once created, Microsoft can distinguish if the CD key used is used for the same computer it was assigned.