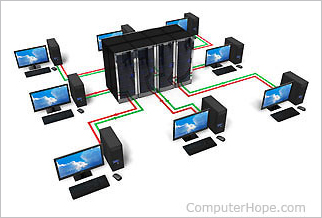 Short for Windows Server Update Services, WSUS is a Windows Server program that allows administrators to deploy specific Windows and updates to computers on the network. The WSUS program was originally released on March 22, 2005, and makes the update process for multiple computers more efficient by removing the need to update each computer individually. The WSUS program sends the updates to each computer and automates the installation of the updates.

WSUS built upon the previous SUS (Software Update Services) software by including administration of patches, hotfixes, and updates for other Microsoft programs besides Windows.