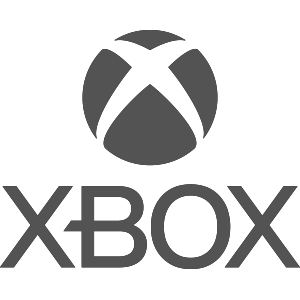 The Xbox is a series of game consoles from Microsoft that connect to a TV or another digital display. Consoles in the Xbox family feature handheld controllers, and an online service called Xbox Live that allows players to download and play games online with others.

The Xbox has a wide selection of games available to play, including FPS (first-person shooters), sports, simulators, and arcade games. Starting with the Xbox 360, the consoles can play DVD videos and Blu-ray movies. 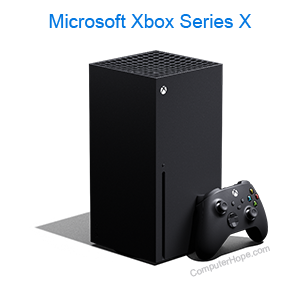 The Xbox Series was released on November 10, 2020, competing against the Sony PlayStation 5 and Nintendo Switch. Much like the Xbox One, the Xbox Series also came in two variants, the Xbox Series S and Xbox Series X. Because the Series S is smaller than the more powerful Series X, it also doesn't have a disc drive, making it one of the first entirely digital consoles. The Xbox Series consoles are backwards compatible with all Xbox One games, and supported Xbox 360 games.

On May 21, 2013, Microsoft announced their third generation gaming console, the Xbox One, which was later released in the United States on November 22, 2013. The Xbox One competed against the Sony PlayStation 4 and Nintendo Wii U console. Additions featured on this console included Game Pass, which allowed users to pay a small monthly fee to access a large library of games, like other streaming platforms.

After the original Xbox One console launched, two variants, the Xbox One S and Xbox One X, were released as minor upgrades. The Xbox One S was a slimmer version of the console, and the Xbox One X featured more powerful specifications at a higher price point. 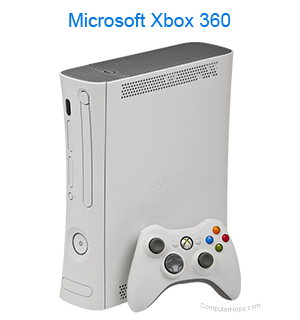 The second generation Xbox 360 released on November 16, 2005, competing against the Sony PlayStation 3 and the Nintendo Wii. Notable feature additions included the ability to play DVD videos and an optional Xbox Kinect, for physical motion games like Just Dance without a controller.

The first Xbox game console was released on November 15, 2001, competing with consoles like the Sony PlayStation 2 and Nintendo GameCube. Popular games on the console included the exclusive Halo series and Grand Theft Auto.