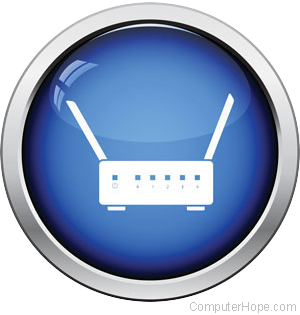 The 56k technology was a Modem technology that offered a faster solution for end users and SOHO. When originally introduced, two technologies emerged: X2, which was developed by UsRobotics, and KFlex, which was introduced by Lucent and Rockwell. Unfortunately, with competing standards this caused confusion and difficulties for end-users and the ISP (Internet service provider). For example, if an end-user had an X2 modem, but the ISP only had KFlex modems, the end-user would be unable to achieve the optimal performance.

Because of this dilemma, a new V.90 standard was developed. This standard merged X2 and KFlex that allowed maximum performance and compatibility.

Unable to connect at 56k

Finally, verify your ISP is not at fault and test the phone lines by trying a different ISP or another computer. With some phone systems and the distance to the central office, you may not be able to get 56k.

Because of the variety of modem chipsets, we recommend you contact your computer or modem manufacturer to obtain complete information on upgrading your modem to V.90. Because this upgrade is a flash of a chip on the Modem card incorrectly can cause the modem to stop functioning.

I upgraded to V.90 and now my modem does not work

Unfortunately, this can be caused when downloading the incorrect V.90 modem update. Reinstall the modem and its drivers and then verify the V.90 update is correct. If you are not sure about the V.90 update contact either your computer or modem manufacturer for additional support and information.