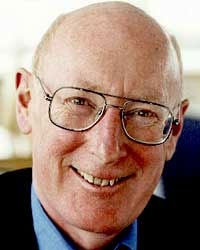 "There's no point in asking if someone wants it, because they can't imagine it."