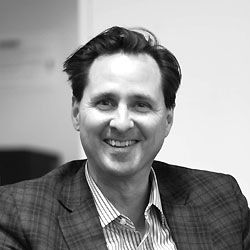 "A decade or two ago we imagined a neural interface, but it was science fiction. But now these things are pretty close to being realized in the laboratory."

"Machines systematically taking over what humans do is not a healthy thing. There are certainly many areas of danger. It's important to do this, start talking about it, create a dialogue, and try to push things and, so we end up at a place that's reasonably healthy."