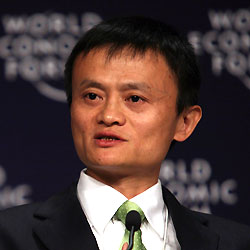 "The day we got connected to the Web, I invited friends and TV people over to my house," and on a very slow dial-up connection, "we waited three and a half hours and got half a page.... We drank, watched TV and played cards, waiting. But I was so proud. I proved (to my house guests that) the Internet existed."