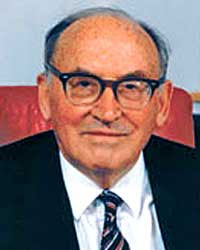 "Since 1954, the raw speed of computers, as measured by the time it takes to do an addition, increased by a factor of 10,000. That means an algorithm that once took 10 minutes to perform can now be done 15 times a second."

"Students sometimes ask my advice on how to get rich. The best advice I can give them is to dig up some old algorithm that once took forever, program it for a modern workstation, form a startup to market it and then get rich."