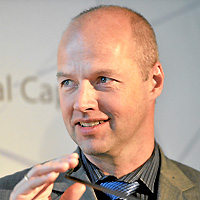 "Self-driving cars will enable car-sharing even in spread-out suburbs. A car will come to you just when you need it. And when you are done with it, the car will just drive away, so you won't even have to look for parking."