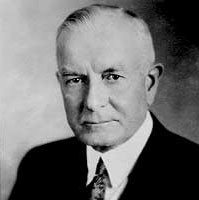 "The way to succeed is to double your error rate."

"Whenever an individual or a business decides that success has been attained, progress stops."