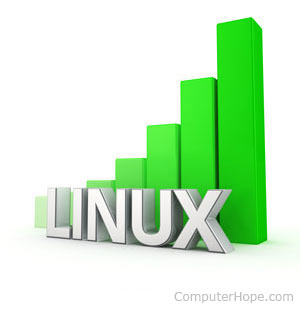 On a desktop computer using a GUI interface, your runlevel is a 5 and a server is likely a 3.