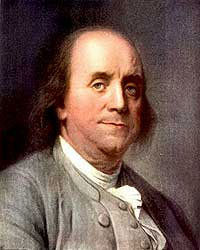 "Tell me and I forget. Teach me and I remember. Involve me and I learn."

"A house is not a home unless it contains food and fire for the mind as well as the body."

"A place for everything, everything in its place."

"When you are good to others, you are best to yourself."