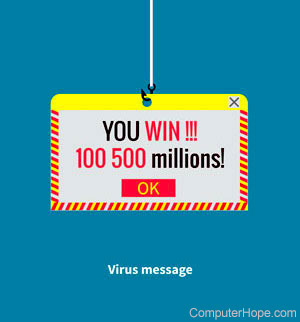 Term used to describe a window that appears on top of all other Windows. This term became a well-known term with the advent of intrusive and non-intrusive Internet pop-up ads. These ads became increasingly annoying as this form of advertising started to become popular with many web pages.