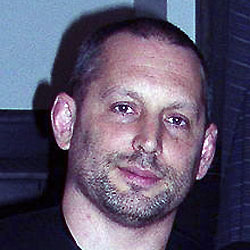 "You're about to experience chaos." (Uttered before farting, while being photographed nude by police after his arrest.)