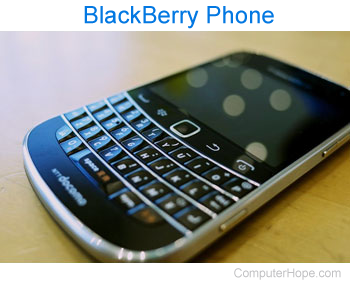 The BlackBerry is a wireless handheld device developed by RIM (Research in Motion) capable of sending and receiving e-mail, SMS, phone calls, and browse the Internet. The picture is an example of what the BlackBerry 8700g looks like; one of the many different BlackBerry devices available.