SP may refer to any of the following: 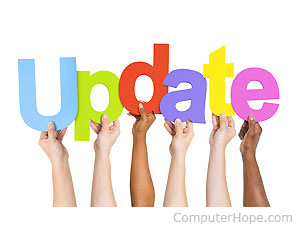 Service Packs were released for Windows 7 and earlier versions only. For Windows 8 and later versions, Microsoft released Feature Upgrades instead.

2. Abbreviation for spelling, SP is often used in online communications such as chat where you're typing a word and not sure on the spelling. Below is an example of how this could be used.