SSI may refer to any of the following:

1. Short for small-scale integration, SSI is a chip generation first introduced in 1964 with between 1 and 10 transistors and 1 and 12 logic gates. 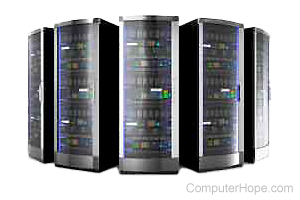 2. When referring to an Internet web page SSI is short for server-side include and is a file that includes Apache executable server code. For example, a SHTML file extension is an HTML file that includes instructions that need to be executed by a server. It is important to realize that you do not need to rename your files to a .shtml for server-side includes to be supported. You can also use the xBitHack option in the .htaccess file to execute any file with an executable file permission.

Once renamed to .shtml, or with xBitHack enabled, and the file set to executable, add the following line to the file.

If server-side includes are properly enabled, when opening the web page in the browser it should display the local date and time.

After verifying that SSI works, you can then include any file using code similar to the example below. In the example below, we're executing a perl script called example.pl in the cgi-bin directory.

If something goes wrong when attempting to execute the SSI file, you'll get an error message that states "an error occurred while processing this directive." This message is often displayed because the path pointing to the included file is wrong or there is a scripting issue. To resolve this issue, make sure that the included file exists. If it is a script, ensure that it can be accessed through a web page without any errors.