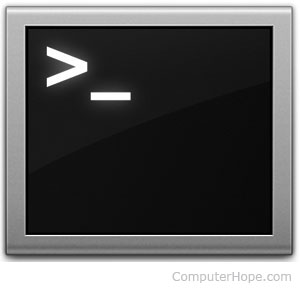 Today, Apple DOS is no longer used or available. On modern versions of macOS, the Apple computers have a command line known as the Terminal, which resembles the Linux command line.