Average may refer to any of the following:

1. When referring an Adobe Photoshop, see our Photoshop Average filter. 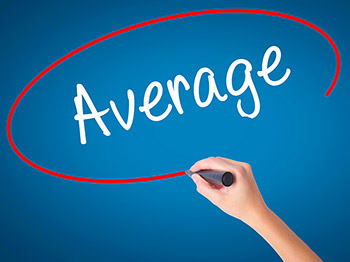 How to find the average in Microsoft Excel

In Microsoft Excel and other spreadsheets, you can determine the average of multiple cells with the appropriate formula. The formula in the example below determines the average of the values in cells A1 through F1 in the first column.

To determine the average of cells in a row, you'd use the same row but change the cells to cells in a row. For example, the following formula finds the average value in cells A1 through A20 when placed in cell A21.

With a spreadsheet with multiple averages, you can get the average of all averages with the same formula on the cells containing the averages. For example, if you had 20 averages in the D column, you could use the formula =AVERAGE(D1:D20) in the D21 cell.