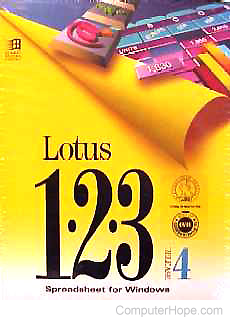 Lotus 1-2-3 was a popular command line spreadsheet program in the 1980s designed by Mitchell Kapor and released on January 26, 1983, by Lotus Software, which is now part of IBM. Lotus 1-2-3 later released a graphical user interface version of their spreadsheet, however, with the popularity of Microsoft Excel it did not gain wide acceptance. Today, the successor to Lotus 1-2-3 is Lotus Symphony.