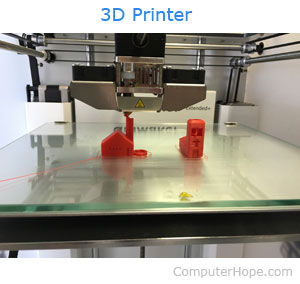 Created by Chuck Hull in 1984, the 3D printer is a device that creates a physical object from a digital model by layering materials (e.g., filament). 3D printers use materials, such as metal alloys, polymers, plastics, or even food ingredients.

3D printers are used in many industries, like aerospace engineering, dentistry, archaeology, biotechnology, and information systems. For example, a 3D printer might be used in the field of archaeology to physically reconstruct ancient artifacts that were damaged over time.

How does it work?

An object's design usually begins in a CAD (computer aided design) software system, where its blueprint is created. The blueprint is then sent from the CAD system to the printer in a file format known as STL (short for "stereolithography"). The printer then reads the blueprint in cross sections and begins recreating the object layer-by-layer, as it appears in the computer aided design. Pictured below is a model of 3D printer called the FlashForge. 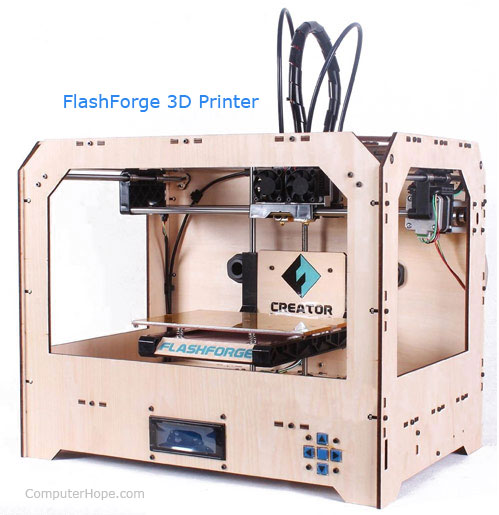