Packet is a term first coined by Donald Davies in 1965 that describes a segment of data sent from one computer or device to another over a network. You can think of it as a package filled with data being delivered to another area. A packet is used because it divides data into easier-to-manage "chunks," which move information more efficiently and keep network resources from being tied up by a single, larger file.

What is in a packet?

A packet contains a source, destination, data, size, and other useful information that helps packet make it to the appropriate location and get reassembled properly. Below is a breakdown of a TCP packet. 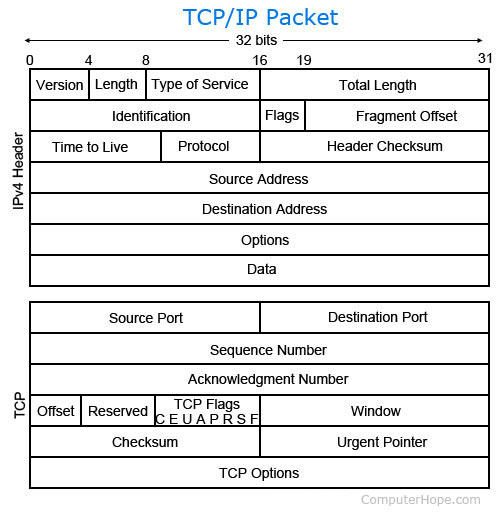