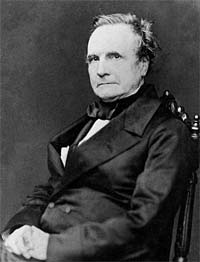 "At each increase of knowledge, as well as on the contrivance of every new tool, human labour becomes abridged."