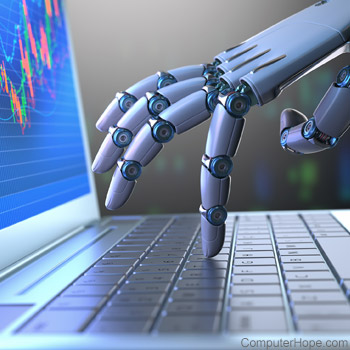 In Unix and Linux, a daemon is a program that runs in the background without requiring any user interaction. The file name of a software daemon usually ends in the letter d.

For example, httpd (Hypertext Transfer Protocol Daemon) runs as a background process on many web servers, including those created by Apache, CERN, and NCSA. Httpd waits for and responds to requests made over HTTP, providing web pages and other files as needed. If you're running one of these web servers and run the top command, you see httpd requests as they are being made on the server.

In Microsoft Windows, software that runs as a non-interactive background process is called a service. A Windows service performs roughly the same role as a Linux or Unix daemon.